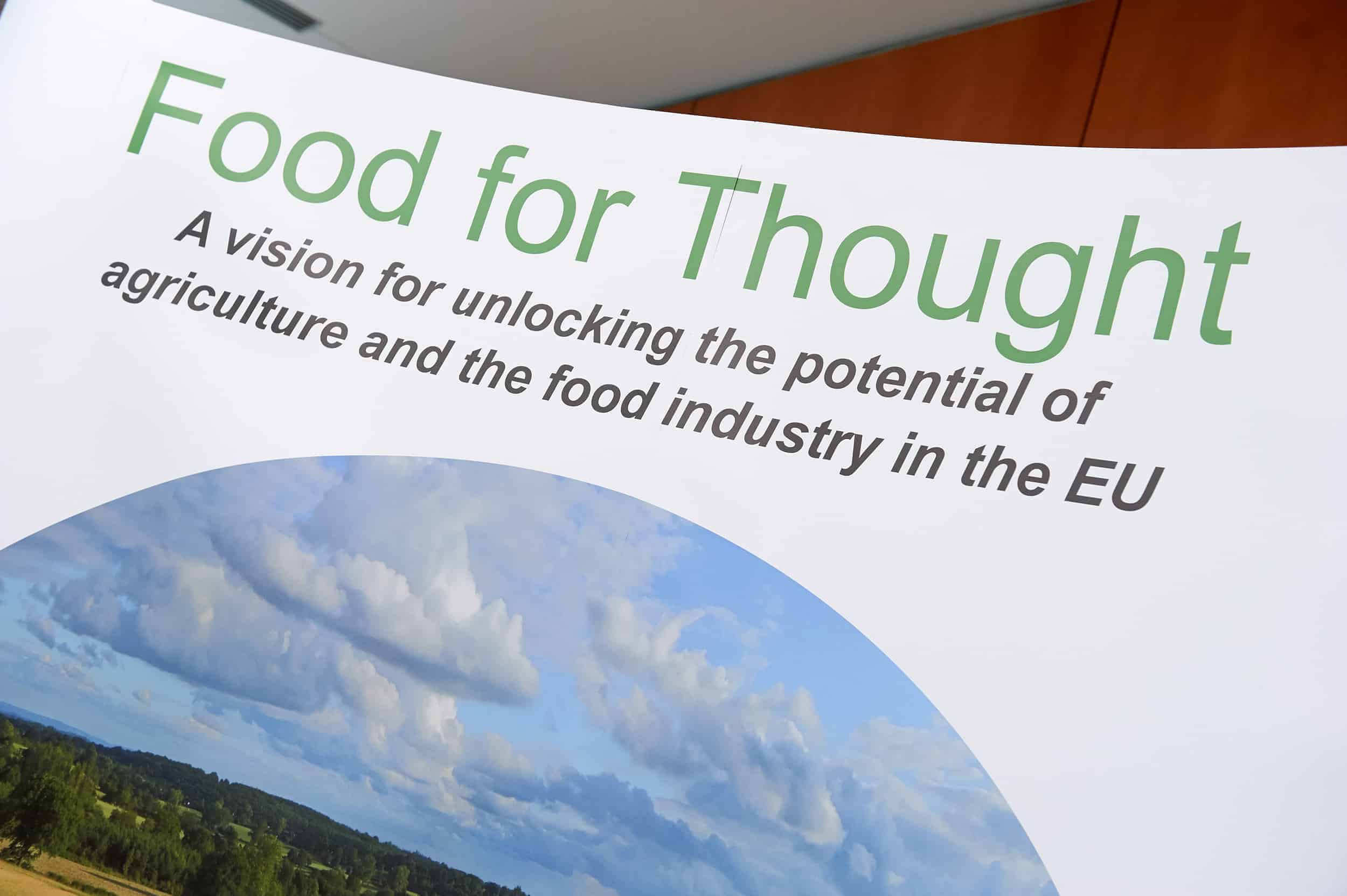 A broad coalition of groups representing Europe’s agricultural and food
business interests is calling for better and smarter policy‐making that fosters innovation and creates jobs, ensuring that the EU agri‐food chain becomes more productive and resource‐efficient.

The group of 11 EU‐level associations presented their joint “Vision for unlocking the potential of agriculture and food industries in the EU” during the meeting of EU Minist ers for Agriculture in Athens on 6 May. The coalition includes numerous agricultural input industries such as suppliers of machinery, seed, fertilisers, crop protection, animal health, feed and biotechnology‐based products, as well as the agricultural trade and of course EU farmers and the European food and drink sector. Together, these industries account for about 30 million jobs and 3.5% of the EU’s gross value added.

In their ‘Joint Vision’, the signatories underline the importance of providing a se cure and safe supply of food not only for EU citizens but also beyond Europe’s borders, and to do so in a sustainable and environmentally friendly manner. At the same time, the European Agri‐Food

Chain points to the economic weight of the sectors involved and of their important relevance in achieving overarching EU policy goals such as higher employment and economic growth. The group is united in its call for a more streamlined EU policy agenda that places the promotion of innovation at its very core in order to sustain a safe, high‐quality and affordable food production and consequent choice for consumers. Innovation in agri‐food has been too little encouraged and in some cases has been actively hampered by European decision makers.

In view of the upcoming European Parliament elections at the end of May and the new European Commission to take office later this year, the agri‐food associations urge both institutions to jointly work for a strong stimulus to innovation in their sectors by better and science ‐based policy making and by strengthening the innovative forces of the internal market.

The EU Agri‐Food Chain sees its joint vision as a first step in this direction and stands ready to work with EU decision makers of all institutions to achieve the common goal of a competitive and sustainable Europe that turns today’s challenges into tomorrow’s opportunities by smarter regulations that support innovation all across the agri‐food chain.